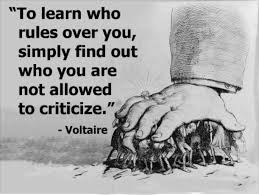 This week has been a challenging one. Not only for me but also for the defenders of free speech. In Louisiana [link no longer available as of October 2021], a proposal to punish those who disturb free speech on the state’s public college campuses was shot down. It is ridiculous how schools now have “safe spaces” for those who are easily offended but do not tolerate those who have a different point of view than them. In Illinois, a well-known university had to cancel a class, because the invited speaker was being protested and the environment was not really safe for anyone. How can this be???

The ICE representative was a PR person and came to give a lecture on how ICE works, and not to deport illegal immigrants. However, that is beside the point. He was invited by a sociology professor, so not only did the students protest ICE, but they also protested the person who they entrusted their education in. Will we soon see customized schools in which you can pick your classes and professors AND students based on your emotional preferences? How fun would that be! Not.

If the ICE representative was indeed there to surprise everyone and apprehend the illegal immigrants shouldn’t the protesters be charged with obstruction of justice? How is it different from aiding and abetting?

We have all seen videos of people expressing their views calmly and then being called names and kicked out of various places. Just because they are not drunk on that PC kool-aid does not mean they are less of a citizen of this country. PC is of course now very biased and is being taken to the extreme. Such are the times we live in. This piece is not meant to be about immigration, but how is it that illegal immigrants have more rights than legal citizens of this country?

Now, onto my personal experiences. It enrages me how my freedom of speech is limited nowadays. I am rather outspoken, while still respectful (to a point), but this environment we live in has tried to turn me into a quiet and mindless follower. It has never been easy to swim against the current, but I do believe that nowadays things are worse. Way worse. People talk about feelings and how you shouldn’t hurt them, but the truth is that you just shouldn’t hurt theirs. They sure as hell can hurt yours in the name of fighting for the “oppressed”. “Anything can and WILL be used against you” had a certain meaning associated with presumably breaking the law. These days it is a rule to remember whenever you talk to ANYONE. If people do not like what you say, they will misconstrue it as something else, and because everyone else is so afraid of being called for example: “racist”, “homophobic”, “Islamophobic”, you will be persecuted. Not necessarily in a law and order kind of way, but in an everyday life. At school or at work you are encouraged to speak up about what you think is wrong, but you better think twice before you do so!!! You are persistent and ask too many questions –> they figure out that you know they are incompetent –> you are told that you are being inappropriate and/ or ungrateful. You do not tolerate stupid behavior and do not bend over for more –> you are labeled a racist and get in trouble with your boss. You try to learn from your experience, so you do not ask questions and pretend to tolerate some people by just being curt –> you are being unprofessional, racist, and deplorable. Apparently, honesty is not always the best policy.

This is exhausting. The current is so strong, and the lifelines are so scarce that it is difficult to not take on too much water into your lungs…

35 thoughts on “Free speech can be expensive.”