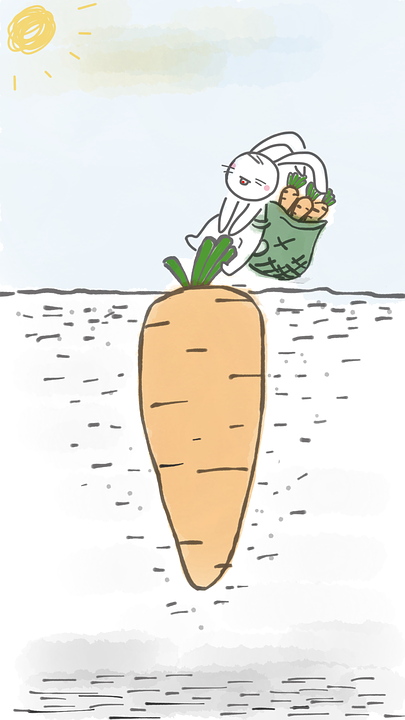 (On multiple occasions, I have read how we should all use titles for our paragraphs, so it is easier for the reader. However, I never really took to that idea, because I thought it would just enable you to totally skim through the posts without reading much. And, as we know, I want to inspire people to be better (i.e. read more in this instance), not lazier. That is why, even though I try and make the first sentence of each paragraph descriptive of what is to come, I have not used titles in the past.

Then, I read a post by Ben, and thought that the headers (or “titles, but not” as I called them) worked wonderfully. So here I am – trying it out for myself.)

A positive story graces my blog.
I am aware that some of my posts can come across as “negative”. In fact, I had some people tell me that they prefer to read more positive posts to whisk them away to a better land than the one we live in. However, I call it like I see it. My negative emotions can be pretty vocal. Today, though, my post is inspired by a positive story.

Some people still go the extra mile.
This week, I encountered a story that really made me feel better about humanity. That does not happen too often, so I am pleased to share it with you. What happened was that a young man’s car broke down before his first day at his new job. Guess what he did. (What would YOU do?) He WALKED 20 miles (+/-) to get there on time. Yes, that meant that he had to leave his house after midnight in order to arrive early in the morning. His job required him to help with moving. While he was outside walking, he was stopped by a police officer. After verifying the man’s story, the police officer took him out for breakfast, and then dropped him off at the house, where the man was supposed to help with packing/ moving. Who does that anymore? I mean: “Who has so much dedication?”. I witnessed more than one person being late on their first day, late to their interview, late their whole first week, etc. I am so used to people slacking. And it seems like I am not the only one. The police officer was positively surprised by that man’s dedication, so was the family that he came to work for (the client), and so was the company that hired him.

Exemplary work needs to be rewarded.
In this case, he did not do anything extraordinary in regards to his job. In fact, his work skills are unknown to me. However, by getting to his job “no matter what” proves grit. It shows that he wants his job, and he will do everything he can to keep it. (Unlike some people…) It turns out that him and his family were affected by Hurricane Katrina, and that he was so grateful to get this job opportunity, that he would do anything to not miss it. There was a “go fund me” page created for him, which amassed quite a bit of money (some sources report $50k). Moreover, the company’s CEO gave the guy HIS OWN CAR. How neat is that? What lesson do you think this young man will draw from all this? Naturally, that hard work pays off.

Working hard was my mantra.
My parents raised me to believe that if I work hard for something, I will obtain it. They taught me to do everything to the best of my abilities. To do nothing halfheartedly. To strive for the best. To not settle on my laurels. They said practice makes perfect. They told me that if I only worked hard (and was good at it, naturally), I would be recognized and appreciated by others. I add that to yet another disappointing fairy-tale.

So much has changed since my parents’ growing up.
Imagine my shock when I entered the workplace and quickly found out that a big chunk of what my parents taught me was not applicable. I came in fired up, ready to work, and take on the world. And then I crashed and burned. No, not really, but it was disheartening, to say the least. No matter how much I excelled at things, I did not feel properly recognized. Even thought I was going above and beyond what others did, I was still treated as if I performed averagely. Even worse, I felt like some people did less, but were still treated better than I. Quite early on, my boss DEFENDED my co-worker for not doing her job. Up until then, I did not know completing our assigned jobs was optional. I still like to think that it is not like that everywhere, but the more I talk to people, the more I confirm my fears – things have changed, and not necessarily for the better.

I was lost in this new reality.
Not only was I not rewarded for my exemplary work, but even worse, those who failed at their job were not fired. Not even reprimanded. That flabbergasted me. All I knew was – work hard, or else. In reality, I realized that working hard did not lead me anywhere better. In fact, not working required less energy, and it still ensured I was not moving backwards. There seemed to be no incentives to actually give it my best. Soon enough, there was no incentive to give my mediocre performance, either. But that did not agree with me. Every time I promised myself to not do something; to “show them”; to just “chill”, I found myself looking for more work. It is just the way I am wired – I seem incapable of abusing the system.

Motivational/ lifestyle quotes can be so confusing.
Feeling conflicted, I stumbled upon a quote you all probably know: “Work smarter, not harder”. At first, I focused on the word “smarter”, and thought that if only I become more efficient in my work, I will be happier. The quote led me to believe that hard work is not all that good. In fact, it made me think that working hard is for dumb people. Even though it did not make me feel better, it did assuage my feelings of uselessness. At least for a little while. In the long run, the quote ended up confusing even more than how I felt before I discovered it. All of a sudden, people were laughing at those who worked hard, and those who were plain lazy excused themselves as “working smarter”.

Working harder is not the opposite of working “smarter”.
Every now and then, I would come back to this quote, or to thinking of my work ethic vs. the work ethics of others. My final verdict is that that quote is pure nonsense. For the sake of the quote’s author, I will assume they had good intentions and were not trying to tell others to just: “game the system”. I like to believe that what they were trying to say is: “be more efficient”, or “try different ways to achieve the same result”, or “create a process that works for YOU”. All of which, to me, end with efficiency. One cannot forget effectiveness. Efficient and effective are two things that go hand in hand in my book. Efficiency without effectiveness is just pure speed. I do not want you to do something as fast as you can. What I want you to do is solve all the problems, in a reasonable way, with the usage of reasonable resources, and within reasonable time. Smarter = more efficient. Becoming more efficient takes hard work. You have to explore various options, gather and compute data, etc.

“Work hard to become a smart worker.”
Some of you might think that I am nitpicking, and you might be right. I can over-analyze things easily. But as writers, are we not susceptible to that? Anyway, because I do not like the way the original quote sounds, I decided to come up with an edit. That way, those that work hard will not feel like they are not smart. And those that are lazy, will not walk around proudly feeling “smart”. I work hard, but devising efficient work processes is something I do innately. In my experience, I was able to think of faster/ easier (i.e. more efficient) ways to do various tasks (vs. how they were performed by others). However, make no mistake, that does not mean I do not work hard. Ensuring that everything runs smoothly, means that I have to work hard. I have to be on top of things. I cannot be slacking. Once I develop helpful ways to tackle some tasks, I am able to input less energy than in the beginning, only because I know the ins and outs of every single step of it. I had to work hard to get to that point. And it does not mean that I will not pay attention now. I will. I will still work hard to make sure that nothing goes wrong.

Appearing to work hard can get you a lot of sympathy.
Now, I also encountered some people, who, at first glance, I thought worked VERY hard. They always complained about how much work they had. They were always seen walking around, hunched over, with a pile of papers in their hands, taking every opportunity to express how miserable their life is. Their offices were covered floor to ceiling in papers. It seemed like there was a lot going on. I would come in to their positions a bit petrified. I would organize myself, and I would find out that their desks were needlessly covered in stacks of paper. That they really did not have SO much to do. That they did not have to come in on the weekends just to keep their head above water. I guess you could say I worked “smartly”, and they worked hard. But that is not fully true. They PRETENDED to work hard to get all the pity from other people. Once I would take over, and people noticed how I handled everything with ease, I would get MORE work to do. Maybe I was the one that was working hard, and the “hard workers” were working “smart”?

What do you think about the “Work smarter, not harder” quote?

Do you consider yourself a hard worker?

Does working hard negate being smart?

31 thoughts on ““Work smarter, not harder.” – Is that really such good advice?”