Remember the times when your mom dropped you off at school and insisted on kissing you in front of your “grown-up” friends? Or when you would bring a friend home, and your parents insisted on showing them your baby photos? THOSE definitely happened to me. Family can be really embarrassing without them even trying. I bet you wished you could disappear when your mom gushed your chubby cheeks. Once your friend left, you promised to never bring anyone home. Until you did. And your parents embarrassed you again, all in good fun.

Nowadays, it is effortless to turn that up a notch and make sure that the WHOLE world is aware of your embarrassment. No wonder kids commit suicide. It is much easier to handle the embarrassment if only a handful of people are aware of it than when the whole world has the potential to know about it. As we know (or should know), nothing can truly disappear from the Internet. Whenever some sort of a tragedy occurs, authorities urge us not to share/ re-post certain videos. But, the more they try to keep it under wraps, the more of those videos appear. Someone saved it before it was taken down. Someone spent hours browsing through obscure websites to find it. Someone, somewhere. And the video lives on.

Do you know what a meme is? (Some do not and use it incorrectly, if at all.) Google defines it as “an element of a culture or system of behavior that may be considered to be passed from one individual to another by non-genetic means, especially imitation.” It follows the definition with an example: “a humorous image, video, piece of text, etc. that is copied (…) and spread rapidly by Internet users.” 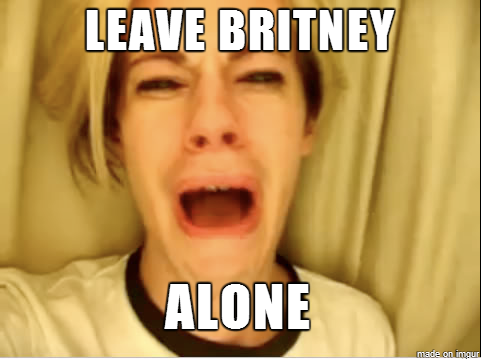 Kids, the Internet can be the greatest invention since sliced bread, but it can also be a very dark and dangerous place. Stay vigilant. Do not let it destroy your life or the life of your loved one.

Have you ever wondered how some photos and videos go viral? I definitely have. There are so many better ones out there, and yet, humanity insists on promoting the most random of things. There have been plenty of times when something I said before becomes an overnight sensation. Why is it THAT and not mine that becomes famous?

What does embarrassment have to do with the Internet and a viral post? This past week, an 11-year-old boy became very well known thanks to his mother. Why? Because she insisted on using social media to fight her battle. While I do believe she acted out of love for her child, I wonder if she stopped to consider the potential consequences of her actions.

A boy in Washington received personalized space at school. His desk and chair were moved into a bathroom. Was it a form of punishment? No, quite the contrary. The boy is autistic and prefers quiet environments with minimum stimuli. In an attempt to accommodate the student and his mother’s request, a teacher suggested an unused bathroom to be used as his workspace. Aside from the desk and chair, she also presented the kid with a camping mat and a pillow.

Once the mother heard what happened, she came to school, of course, snapped a photo of her kid’s “office”, and brought her kid home. Afterward, she posted the picture of her son in the bathroom on Facebook. “My son was humiliated, embarrassed, and disgusted at this inhumane suggestion that he work in a bathroom” – she wrote. She added: “When we got home he (the kid) was throwing up from the anxiety.” While this post has his face covered by a marker, there is another photo (see first link) out there that clearly shows his face.

The mother claims her child was humiliated and embarrassed, so she decided to blast it worldwide. How do you think the kid will feel once he sees his frowning face everywhere? Will he not feel humiliated or embarrassed then?

The Facebook post said that the child will not be returning to that particular school. Sure, it can be seen as a protective/ defensive mechanism, but what does it show the kid? It shows him that it is alright to run away from problems. I imagine that as an autistic child, he will be even more upset knowing that he cannot be treated like other kids.

I feel for the teacher. The article did not specify if that teacher still has a job or if they were fired/ put on leave, which is often the case in the day and age of social media rages. To me, it sounds like she did what she could to accommodate the boy. More often than not, there are not enough rooms to spare at a school (or office building). Yet, she managed to make the best of the situation and have the kid use a bathroom that was not being utilized. Why an 11-year-old would need a mat and a pillow at school is beyond me, but again, it seems as if the teacher was trying to make the student comfortable. Hopefully, the boy would learn and produce quality work that way. Win-win. Only lose-lose now.

Aside from blasting this issue all over social media, this mother also hired an attorney to help her with this matter.

A boy felt humiliated, so his mother posted a photo of him in his vulnerable state for all the world to see?

We’ll do anything. We’ll even throw our children to the wolves just to go viral.

42 thoughts on “NROP: Humiliation – Drawing attention towards it can cause more of it.”