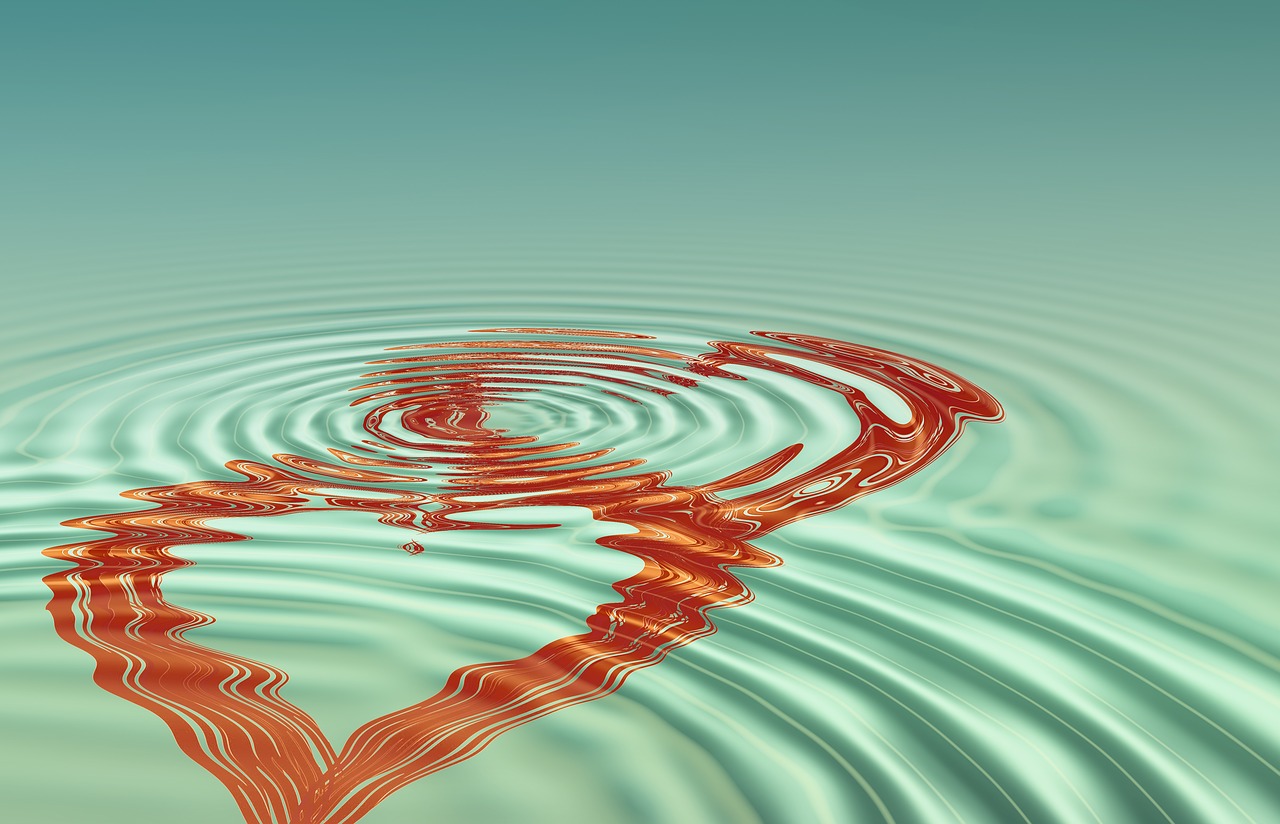 As I sign the final decree of divorce, I cannot help but think back to the time when I fell in love with Penelope. We were 13 or 14, attending the same junior high, but never had any classes together.

There was this walking club that met every Saturday and Sunday morning for a few months every year. Its goal was to educate the youth about the city’s architecture and history. My friend and I signed up because we were genuinely interested in learning more about the city we lived in, but I imagine that the promise of a better grade in some of the school subjects attracted most of the other participants.

We would meet at 9 A.M. on weekends no matter the weather. It would take most of us an hour on average to get to the meeting place. Our parents could not be bothered with driving us that far, they were at work, or they did not even have a car – like mine. You really do not need a car when you live next to a bus stop, in a city which has great public transportation.

The tours definitely could feel like torture at times. After waking up at the crack of dawn on the weekend, a group of around 10 teenagers would walk around town, from one building or monument to another, listening to the tour guide, oftentimes in 0 F degree weather. Whenever we stopped in front of something worthy of a mention, we would huddle up in smaller groups to keep each other warm, stomping our feet to keep them from freezing and rubbing our hands against one another to restore feeling to our fingers.

While most participants would flake out during the coldest of days, Penelope was always there. It was her grit that attracted me to her very early on. She would usually be escorted by two of her girlfriends, but she was never afraid to join another group when her friends could not make it. Penelope was vivacious without going over the top. She knew when to be quiet and serious and when to joke and laugh. She was easy to approach, and she did not act “too good” for some, treating everyone with the same amount of kindness and respect. Her emotional intelligence stood out to me, too, as I heard her give advice to her friends.

Girls at that age do everything to attract the boys. They do not wear hats in winter because they want to be able to showcase their pretty hair. They buy the prettiest coat they can without even thinking if it will keep them warm. I always found such behavior silly. Surely, they do have to know that beauty is only skin-deep. Penelope did not worry about such things. She did not care who looked at her and what they thought. Her wardrobe was always elegant but practical. That requires confidence. Another trait that I feel in love with.

It did not take long to figure out that Penelope and her friends, and my friend and I lived in the same direction. We would always end up on the same bus to and from the tour. In the beginning, we sat on opposite ends of the bus, but after a couple of outings during which Penelope and I would exchange a few words, I decided to make a move and join the girls. I assume her companions were not thrilled, but Penelope seemed to enjoy my sense of humor.

I started saying “Hello” to her at school and even asking her some follow up questions regarding the weekend tours. I surprised myself. In the past, I have never been so forward with a girl. Things were just so easy with Penelope. Even though I felt nervous thinking about talking to her, once I actually got to do so, I found myself relaxed, enjoying her company.

She was a natural beauty with brown hair and green eyes and was shorter than me, which was a plus. I’m not the tallest of men. Penelope always spoke her mind, but she was also kind and funny. Her intelligent sense of humor was in line with mine. I could not believe I met the girl of my dreams so early on in my life. I never thought a girl like her would be interested in a guy like me. My looks were average at best, and my family’s financial situation was slightly better than dire. She did not seem to care about any of that.

Even though my best friend told me I stood no chance, I decided to hedge my bets and ask Penelope out during our winter break. That was back in the days of Yellow Pages. There were only a few people with her last name listed in the city. Knowing which part of town she lived in, it was rather easy to narrow down her father’s name and the telephone number listed underneath.

My fingers trembled as I dialed her number on my rotary phone. My throat swelled up, making it harder for me to swallow. Thankfully, my parents were at work, so there was no one to see me sweat. Knowing that Penelope’s parents were out of town made things slightly easier. There would be no protective father answering the phone. While I really wanted to go out with Penelope, a part of me hoped that no one would answer.

“Hello?” an angel’s voice answered the phone after the second ring.

Gaining composure, I introduced myself and got straight to the point. “Shall we go to the movies?” I asked.

“Sure. Why not. What should we see?” Penelope asked.

“I thought we would just meet up, hang out, maybe grab a snack, and then decide,” I answered, feeling silly for not having checked what was playing.

“How about tomorrow?” I proposed, beyond happy that the conversation was going so well.

“Tomorrow I have plans. These next few days are shaping up to be rather busy,” Penelope answered with a tone of regret in her voice.

“How about I call you over the weekend, and we can revisit this conversation?” I asked, crossing my fingers.

“Sure,” she said with a smile that I swore I heard.

My best friend tried to convince me that I had been rejected, but I knew better.

I called during the weekend, and Penelope answered promptly, just like the first time. Unfortunately, she was still busy. Even more so than before. That was too bad. Our date would have to wait.

After winter break, it felt like Penelope was avoiding me slightly, always having an excuse to be somewhere else. I made her a mix-tape, and she said she listened to it, but that it wasn’t her style. Honest. I respected that. When our city tours came to an end, it became much harder to run into Penelope and chat with her.

Even though nothing progressed when we were in junior high, I felt like we had reached a new level in high school. We would meet up every now and again for a drink and catch up. She was so pretty. So smart. So funny. The perfect girl. And now, she was sitting next to me, asking me about my quirky hobbies. A kiss on the cheek when we met and when we parted always sent me flying. But I wanted more. I wanted to press my lips against hers, showing her how much I really liked her.

If there was one thing that I learned throughout the years, it would be that Penelope was not quick to jump into a relationship. It only took me about three years of knowing her to get her comfortable enough to go out with me. We’d explore different bars in town having the best of times.

High school came and went. College had me anxious. What if she found someone? Someone other than me? We’d still meet regularly, even though we went to school in different towns. Her college adventures excited me. I wish I was able to experience those with her. What made me happy was that she still seemed to have been a smart, level-headed girl who did not go wild in college.

Every time we met, I hoped that she would proclaim her love towards me, but that never happened. I never asked if there was anyone. A girl like her must have had someone. But would she be meeting me if she was happily dating someone? She never asked about my status, either. Sure, there were some girls I saw here and there, but no one compared to Penelope. During one of our meetings, she might have mentioned something about a guy, but I chose to block it out because I cannot remember any details regarding that topic. I could not take my eyes off her smile. I never wanted our conversations to end. There was never an awkward silence. We bounced off each other.

Then, she moved abroad, and I assumed it was to be with someone. Why else would she move to a place where she knew no one? That’s when I knew it was over. I thought that getting married to Laura, well, anyone, really would help me forget about Penelope. One night, when Penelope messaged me, which she would still occasionally do, I mentioned that I was married. I thought that would change something. That it would make her realize what she had lost and it would make her profess her love towards me. But she only congratulated me. Today, I am painfully reminded that Penelope is the one that got away, and no woman can ever live up to her standards.

“Write a story about someone falling in love for the first time”
– a prompt for this week’s CW piece.
[Source: @Reedsy]

Click on the hyperlink above to be transported to Reedsy’s blog where you can submit your entry for this prompt or browse other prompts for this week. It is a lot of fun.

Maybe we can connect there?! You can read this story directly on Reedsy. Feel free to comment there and browse through my other submissions that are not featured on this blog.