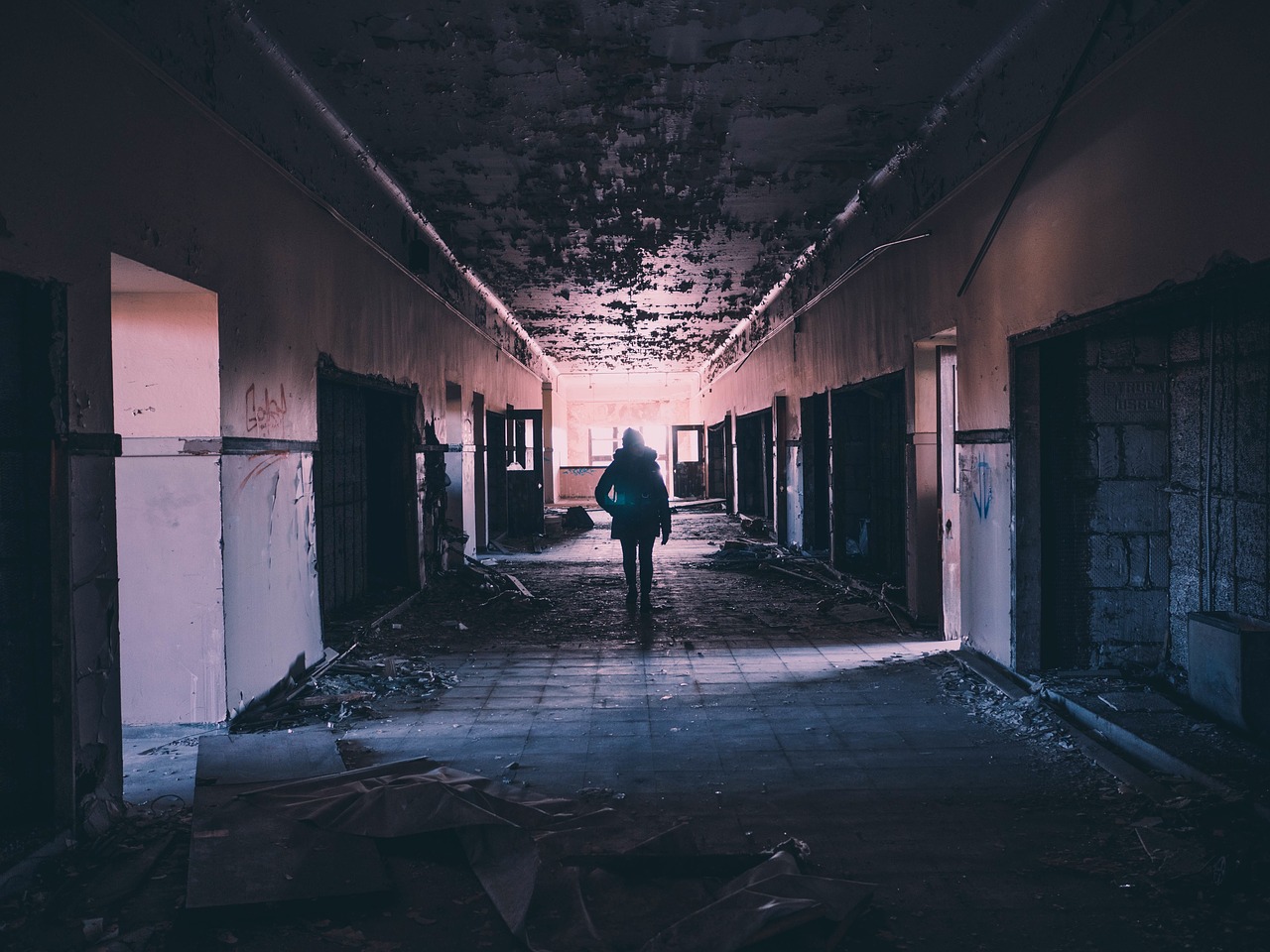 Nina was nearing the café at which she was to meet Gabriella when her phone vibrated. It was a text from her bestie saying that she was running 15 minutes late. Nina rolled her eyes, let out a deep sigh, and placed her phone back in her jacket pocket without replying. Gabriella was late for almost everything in her life, including her own birth. The doctors had to induce labor two weeks after she was initially due.

“Knowing her, it will be more like 30 minutes. Or more,” Nina thought to herself and frowned.

Realizing that she had some time to spare, she stopped to look at what was around. She was hoping for a store with cute clothes or a bookstore. However, before she could do a 360-degree spin to gage what was around, a handsome middle-aged man bumped into her.

“Try not to stop in the middle of the sidewalk. It is like a highway for pedestrians. You don’t want a pile on because you stopped to smell the roses,” the slightly graying man said.

Without a second word, the man carried on his path, and Nina walked to the side. As she looked for a place to go in to, she noticed a blue poster hanging on the door to her right.

“Be a pioneer. Advance our society. Share your time with us, and we will share our wealth with you,” the blue poster adorned with pictures of brains and dollar signs announced.

“Become a hero AND get paid for it? Count Me In!” Nina figured and pushed open the door to building number 4.

Once the wooden door shut behind her, a shiver ran down Nina’s spine. The hallway was dark, cold, and musty. She crinkled her nose a little but decided to proceed onwards anyway. As she made her way down the corridor, a single light bulb lit up and illuminated a white door at the end of the pathway. The sign, posted on the door, asked visitors to ring the doorbell to the left before entering.

Nina did as instructed, and only a few seconds later, an elderly man wearing a suit and tie opened the door and ushered her in. Without a word, he pointed towards a flowery couch on the left side of the room. Nina thanked him and sat down in the middle of the sofa. Before she could ask him what the purpose of her being there was, he walked out of the room.

The waiting area was nothing like the hallway. Even though there were no windows, the room was well lit by a large crystal chandelier, and the soothing scent of citrus and lemongrass hung in the air. The multiple ocean paintings on the wall transported Nina onto a warm beach.

Awaiting the return of the guy that let her in, Nina browsed through the two piles of magazines on the coffee table in front of her. She noticed there were different titles available for a varied audience: People magazine, Men’s Health, Women’s Health, National Geographic, Southern Living, and others. She did not recognize the one she ultimately picked up.

“It must have been a small, local press edition,” Nina thought to herself, making a mental note to research it at a later time.

Letters to the editor caught her attention on page 2. Nina always enjoyed reading the silly questions from the readers and the even more ridiculous answers from the writers.

“As if journalists are experts on love and money,” she snickered.

Halfway through the page, Nina saw the elderly man wearing a suit and tie come out and let in a 20-something-year-old guy wearing a floral shirt, jeans, and flip flops.

“He will fit right in with this couch,” Nina thought and giggled, amused with herself.

“Hey, man! I’m not sure wh-,” the new guest began, but before he could finish, the other man disappeared behind the second door, again.

“Hello,” the young man with shoulder-length blonde hair said as he sat down next to Nina.

“Hello,” she answered with a polite smile and instinctively tucked on her mini skirt as she moved slightly away from the newcomer.

Nina felt slightly naked with her deep v-neck top and a skirt that exposed most of her thigh, but she and Gabriella were supposed to grab a coffee and then go clubbing that night.

“I’m going to kill her,” Nina thought, promising herself that she would tell Gabriella how she felt about waiting for her. Every. Single. Time.

The man picked up a copy of National Geographic, but before he even opened it, he turned to Nina and asked if she knew what them being there entailed. Nina shook her head and told him she was just walking by when she saw the ad.

“My friend is running late, so I have a few minutes to kill,” she explained and shrugged.

“Cool,” he said and opened the magazine. “I’m Trevor, by the way,” he added an extended his hand towards Nina.

She shook it but not without hesitation. She was not really the handshake type of person. Or the hugger, either. She preferred to keep people at arm’s length whenever possible.

He placed the magazine back on the table, and then went on and on about his hobbies and passions, which, apparently, do not pay much.

If he did, he did not let it show. After a few minutes of talking about surfing and playing guitar, he picked up the National Geographic back up and leafed through the pages.

Suddenly, the man who opened the door before appeared again to let someone else in. Nina hoped it was someone with more substance than Trevor. Someone she could have an intelligent conversation with. Or at least someone who would let her be. She had a feeling Trevor was the kind of person who could not keep still or talk for more than a minute at a time.

“Am I in the right place?” the man at the door asked.

Like before, the elderly man did not answer. Instead, he pointed to the couch and then vacated the room.

“Hello,” he said cautiously to Trevor as much as to Nina.

When Nina’s and his eyes met, he uttered a single word: “You?!”

It was the man who bumped into Nina earlier on the sidewalk.

“I’m sorry about earlier. My friend just texted me an-” she tried to explain herself, blushing slightly.

“It’s alright. I do not need your whole life story,” the man said with a smile.

There was something alluring about him. Nina was not sure what it was exactly, but she could not stop looking at the man.

“I can’t do it,” the man from the street said more to himself than the others.

“Do what? It’s just your name, bro,” Trevor tried to make him comfortable.

“Normally,” the man cleared his throat. “Normally, I would pretend to be one of you. I would say that I saw the ad in the paper and had nothing better to do on a Friday evening since my wife died last year. Or that I was walking by and got curious. I would fraternize with you and observe you. But today, I do not have the energy, so let us get down to business.”

Trevor sat back down. It was not the quest for knowledge that made him sit but the presence of the new arrival.

“My name is Dr. Biggs, and you are here today to take part in an experiment that could revolutionize the world we live in. Would you like to know more?”

Nina and Trevor nodded as they stood up and followed Dr. Biggs out of the room through the door the elderly man would disappear behind every time he let someone into the waiting area.

A chill ran down Nina’s spine. The room they entered resembled the hallway that brought her into the waiting room. In the middle of it, there were two metal chairs, and the elderly man was standing between them.

“Please, take a seat. You will be a part of a private screening of a movie that is not out yet. As you watch, we will play with your brains a little to see what brings you joy and what causes pain,” Dr. Biggs announced with no hint of a joke in his voice.

“The door is locked, so don’t try to escape,” he added.

Without a word, the elderly man pointed towards the chairs.

Trevor looked at Nina for support, but she had no plan.

“Gabriella!” Nina screamed in her head.

“Write a story about waiting —
but don’t reveal what’s being waited for until the very end.”
– prompt used for this CW piece.
[Source: Reedsy]

37 thoughts on “CW: Waiting for the world to change.”