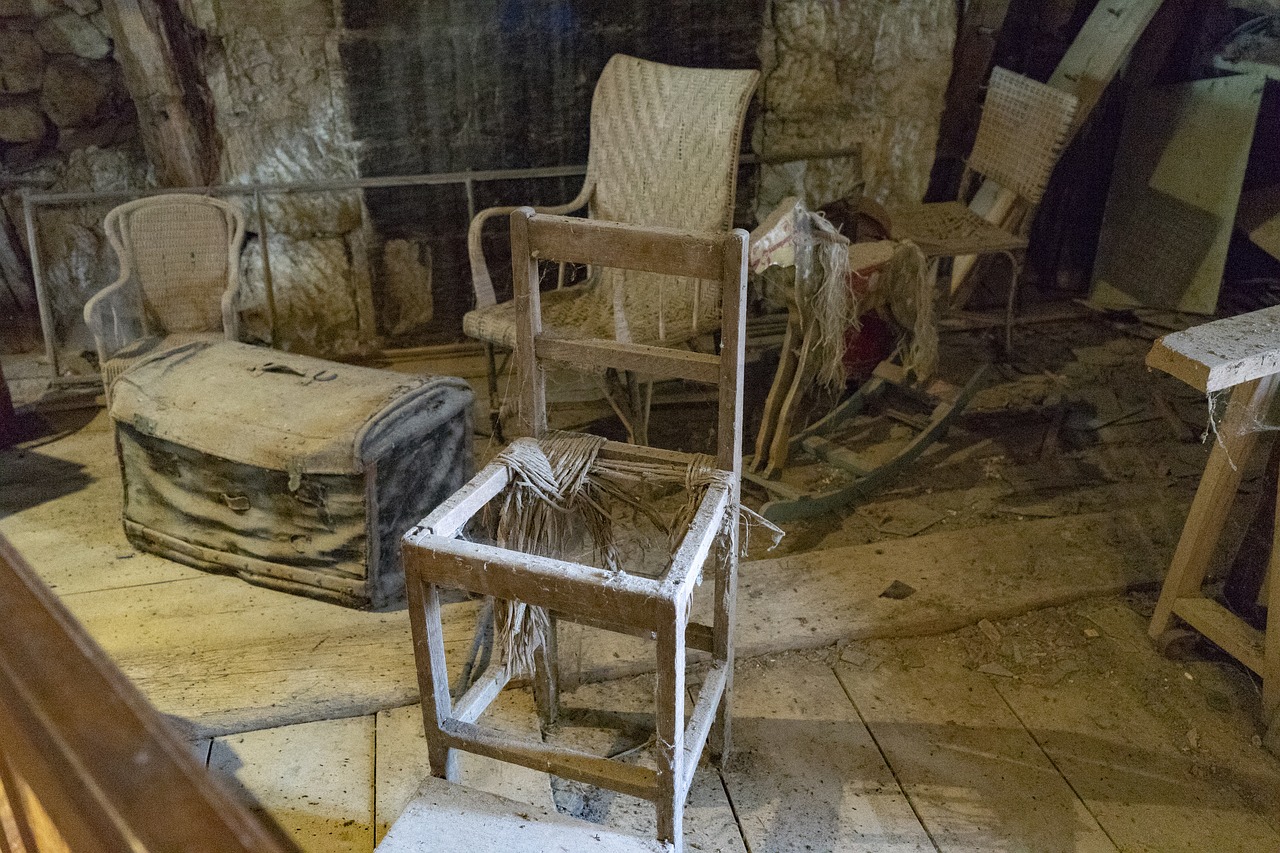 Abby picked up a book that she found lying in the corner of the attic, wiped a thick coat of dust off the cover, and then blew onto it for good measure. Some of the dust particles lodged in her throat, and she coughed.

“You OK there?” her father asked from the other end of the room.

“Yes. Just a little dusty in here,” Abby replied, rolling her eyes a little. Parents were always worried by the littlest of things.

Opening up the book in her hands, Abby noticed a bookmark that looked as if it was homemade – flower petals were glued to the front of it, and on the back, there was an inscription.

“To my beloved John:
Although I will never hold you tight,
I will never forget the way you made me feel.
We were not meant to be together,
but you will forever be in my heart, mind, and soul.
Love, Catherine.”

“What did you find there, Abby?” Tristan asked.

“Just some old books. Can I keep this one?” Abby asked, clutching the new discovery closer to her chest.

“I don’t see why not. These things have been for ages. It’s time we finally got rid of most of it. But make sure you ask Grandma first” Abby’s father replied, pushing a box of trinkets to the side.

“Grandma, when was it that you met Grandpa?” Abby asked as she sipped the tea her mother just brewed.

“Abby!” Mindy scolded her daughter and gave her a deadly look. “We just came back from the funeral,” she added and elbowed Abby.

“It’s okay,” Catherine said as she picked up a cookie and dipped it in her tea. “We met in 1947. I was 18, and Henry just turned 21.” Catherine took a bite of the biscuit and gazed out the kitchen window.

Abby stiffened. The writing on the bookmark was a little faded, but the last two digits of the date clearly said ‘50.’ “Was Grandma having an affair?” Abby wondered but decided against asking any more questions, so as not to upset Grandma. After all, her husband of a few decades had just died.

“Are you going to sleep yet, Abby?” Tristan asked when he saw the lights come through under Abby’s doors after midnight. “I thought you were having an important test tomorrow. It’s crucial that you get a good night’s sleep beforehand.”

“Yes, Daddy. I was just finishing up reviewing the subject.” Abby replied through the door as she closed the book she found in Grandma’s attic.

It was a collection of poems that Abby didn’t know how to interpret. It’s as if poets felt the need to prove their superiority by confusing their audience. She laid awake in her bed for the next hour or so, trying to figure out what to do next. Her grandparents always told her how they fell in love at first sight, and since that day, they only had eyes for each other. They married two years after they met, lived happily together for ages, and went on to have three amazing children who then gave them 10 grandchildren, whom they spoiled rotten whenever they could.

“I guess you never know for sure what skeletons are hiding in people’s closets. Even if it is your goody two-shoes grandma’s closet.” Abby thought and sighed before turning onto her right side and falling asleep.

“Abby, would you check in on Grandma after school today?” Mindy asked as she handed her daughter her lunch.

“I think Grandma had an affair,” Abby tested the waters.

“Where in the world would you get that idea?” her mother asked, placing her right hand on her hip.

“My mother only ever loved my father. Who, by the way, just DIED! What is WRONG with you?” Tristan scoffed as he packed his lunch into his briefcase. “Check on Grandma after school,” he added before kissing his wife on the forehead and walking out the door.

“Sure,” Abby replied, hoping she would get closer to solving the mystery of John if she only got to talk to Grandma one-on-one.

We’ll talk later,” Mindy said to Abby as she ushered her out the door.

“Grandma, have you ever dated anyone but Grandpa?” Abby asked as she poured water into the kettle.

“No, Sweetheart. I told you that story a million times. I wasn’t interested in anyone until your grandpa came along. Afterward, it’s as if every other man ceased to exist for me.”

“But come on, Grandma. Maybe you just had a crush on someone?” Abby pressed on, placing teabags into cups.

“What are you insinuating?” Catherine asked, looking at her granddaughter from above her reading glasses.

“Nothing. I’m just trying to find out what true love really is,” Abby said nonchalantly as she sat down.

“It’s easy. It’s something your grandpa and I had from the moment we met until the day he died.” She put her head in her hands and wept. “And I will love him forever. Until we meet again,” she added, chocking down tears.

Abby moved closer to Catherine and hugged her gently.

“I’m sorry, Grandma. I didn’t mean to upset you,” she said apologetically.

She felt bad for Grandma, naturally, but she also wanted to get to the bottom of the mystery from the attic.

“No, no. It’s quite alright,” Catherine replied, wiping her tears away. “I like talking about your grandpa and me. We truly had a magical love story between us. Not many withstand what we two had.”

Catherine cleared her throat and looked at Abby with hardened eyes.

“What did you just say?” she asked, taking the glasses off completely.

“It’s a poem,” Abby replied, slightly worried about the look in her Grandma’s eyes but at the same time, pleased to see that she was finally getting somewhere with the investigation.

“I know it’s a poem,” Catherine almost shouted in response.

Surprised, Abby jumped. Never before had she seen her grandma angry like that.

“Where did you get it?” Catherine asked in a trembling voice.

“I found it in the attic,” Abby replied, placing the book on the table.

“You had no business going through my personal stuff,” Grandma began.

“But Dad asked me to help him clean out the attic.”

“I told him to… Nevermind,” Catherine said and placed her hand on the book. “I’d like it back.” It was more of an order than a request.

“So, who is John, Grandma?” Abby asked, looking at the woman sitting in front of her without taking her hand off the book.

Abby could not recognize her grandma. Sitting across from her was a complete stranger.

When the kettle started to whistle, Abby instinctively jumped up to take it off the stove, leaving the book entirely to Catherine.

“Damn it,” she whispered to herself, realizing her mistake as she poured the water into the teacups.

“He was my son,” Catherine said so quietly that Abby wasn’t sure if it was really said or if her head just made it up.

“What?” Abby approached the table, leaving the cups half-filled on the counter.

“When I first got pregnant, I decided that if it was going to be a boy, we’d name him John – after my father,” Catherine said, caressing the book. “But I miscarried and we lost him.” Tears streamed down her cheek. “It was hard for me. I blamed myself. It was eating me alive. After a year of mourning, your grandpa decided we would never talk about John ever again. He took my book, too, so there would be no reminders. Since then, I never uttered his name. But at night, I would stare into the darkness and think of John…”

“I’m sorry, Grandma.” Abby felt like a jerk for doubting her grandma.

“It’s alright. I miss John so much. It feels good to be able to talk about him after all these years,” Catherine says and smiles weakly.

“Scribbled on the back of a bookmark, she read the most interesting thing…”
– prompt used for this CW piece.
[Source: DailyPrompt]

39 thoughts on “CW: The Love That Will Never Fade.”