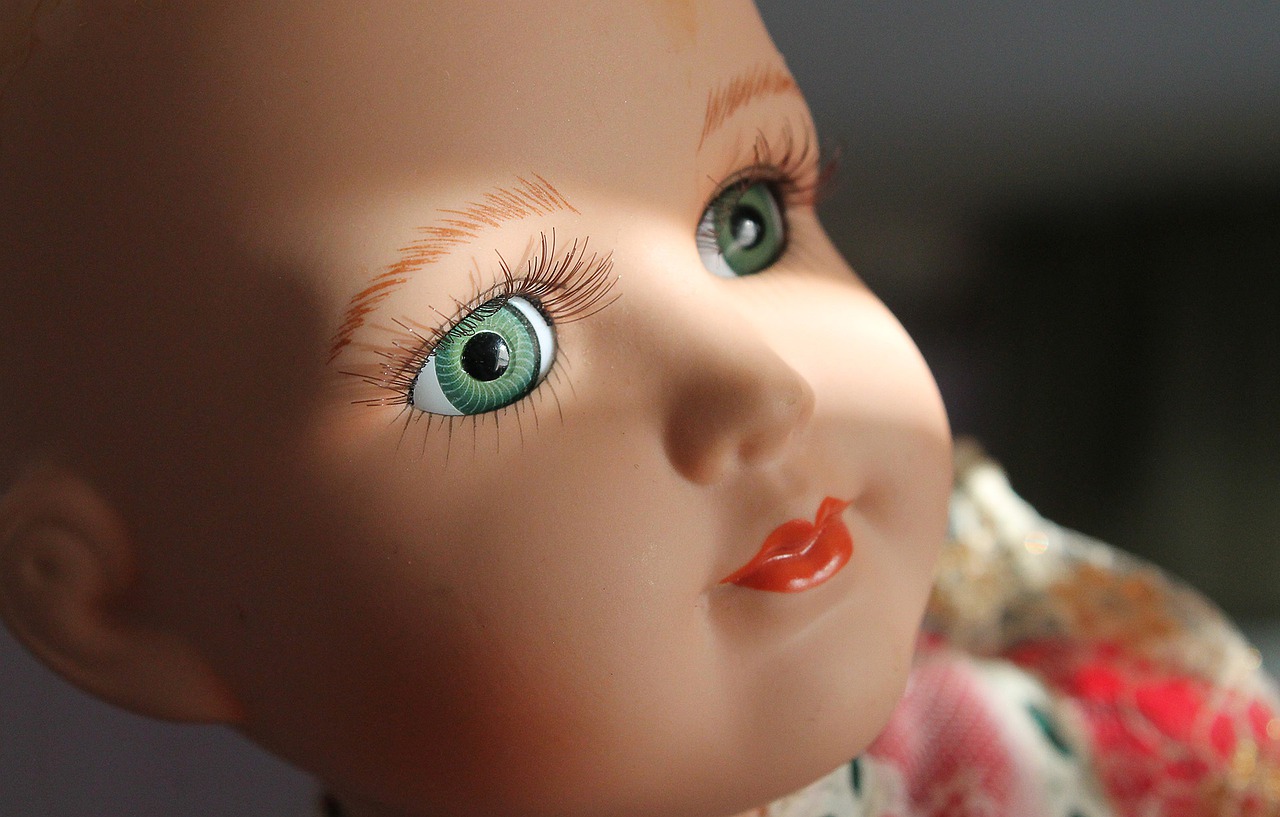 1) We meet Laura on a Saturday, deep in thought in her home office where Roy thinks she is writing her book. Instead, we learn that she is trying to write a letter explaining why she is about to leave. Her thoughts take her far away, and only a loud noise brings her out of the trance. Upon investigation, Laura learns that it was only wind slamming the previously open window shut. Relieved, she tries to write, but nothing satisfactory makes it onto the paper. A pile of discarded balls of paper surrounds the trash can. Roy returns home with groceries to make dinner. When Laura confesses she was not able to write anything, he comforts her by saying she will do better next time. [AGFTAO Part 1]

2) Roy returns with groceries on another Saturday afternoon to a quiet home. Assuming that Laura is writing, as per usual, he unpacks the bags and begins to make plans for dinner. After a while, he grows slightly agitated and looks for Laura in her office. In the dark room, all he finds is what looks like a gift bag placed on the desk. In the meantime, we learn that Laura is on a moving train, but we are unsure of her immediate plans. Her fellow passenger – a young boy keeps swinging his legs and kicking her in the shins, but his mother does not even seem to care, excusing him as: “just a kid.” Laura gets up and walks out in search of a more peaceful seat. Then, we jump back to Roy who is finishing reading a letter from Laura. There is a teddy bear for Tommy in the gift bag. When Tommy runs into the room and tells Roy he is hungry, Roy puts the gift away and tells his son they will get pizza for dinner and watch TV. They leave the room, the letter, and the bear behind. [AGFTAO Part 2]

3) About a week or so later, Laura fires her gun reflexively and kills an enemy combatant, which leads to her being chased by his compatriots. As she runs away, she trips and falls down a hill, but manages to get up quickly and runs towards the forest where she hides and tends to her injuries. Unfortunately, shortly after, she is apprehended and taken away on horseback. Her captors bring her in before a woman on a throne. [AGFTAO Part 3]

4) Once Tommy falls asleep, Roy laments the fact that, just like him, Tommy might be destined to grow up without a mother. In the shower, he finally allows himself to cry. In the living room, he pulls out a hidden piece of paper containing wedding vows. Afterward, he rereads the letter Laura left behind in hopes of finding some comfort but it only makes him sadder. Before going to bed, Roy wonders why all the women in his life end up leaving one way or another. [AGFTAO Part 4]

“Olivia?” Laura muttered under her breath. “No. That cannot be,” she shook her head as she got up to her feet.

She believed her friend to have been dead for a good few years. When she received a letter from Jason a couple of months ago saying that he thought Olivia might have been alive, Laura scoffed. They all had gone to her funeral. There was no way… Olivia would have contacted her… But as long as there was the slightest possibility of Olivia being alive, Laura had to come to see for herself.

Even though the woman on the throne had jet black hair, unlike Olivia, without a shadow of a doubt, Laura knew it was the woman for whom she had been looking. She could have recognized those high cheekbones and pouty red lips anywhere.

“She killed Ogunde, my Queen,” one of the men that captured Laura announced.

The woman on the throne stood up. She wore a long black dress that flowed down to the floor, and a shawl made of black fur rested on her shoulders.

“Is that so?” she asked, making her way graciously down the steps.

“I-” Laura tried to answer but was interrupted by a blow to the stomach.

“I propose you shut up if you want to keep breathing. You do not talk to Queen Naayelli without her permission,” a different man explained.

Doubled over, Laura looked up at the woman in front of her. Was she smirking? No. That could not be… But Laura had uttered those words before and there she was…

“It’s getting late, and I am quite tired. Show her into her chamber and we will deal with her tomorrow.” The woman turned away from Laura and walked towards the exit.

“C’mon. Turn around,” Laura repeated in her head. Her eyes only met the ones of the woman on the throne for a split second, which was not enough for Laura to assess the situation. But, if Olivia turned around then, Laura would have known that everything would be alright.

The woman walked out of the room without pause and disappeared in the shadows of the hallway.

“It’s as if she didn’t care,” Laura thought, frazzled, as the guards led her down the same hallway that Olivia had just walked. “Maybe she really just wants everyone to rest. She probably didn’t know how to react to me showing up here out of nowhere.” She tried to reassure herself that her coming for Olivia was not the worst idea in the world.

“Wait. This must be a mistake,” she reasoned as the men shoved her into a small, dark room. “She told you to take me to the chamber.”

But the men only laughed as they locked the chains around Laura’s hands and feet. “Sleep tight,” they added and closed the heavy iron door behind them.

Laura did not think she could fall asleep on a stone floor. She would not even want to. After all, she was held captive and she had to figure out how to get away. More than that – she had to find a way to break Olivia out as well.

While Laura’s capture in the forest was all according to plan, discovering Olivia alive, well, and in charge was a bit of a surprise.

“What’s going on here?” Laura wondered as she slowly dozed off.

“Good morning!” Laura heard the greeting before she saw the woman who had said it.

She lifted her hands to her eyes, trying to shield them from the light coming from the doorway. The room was plunged into absolute darkness from the moment the doors closed behind the captors until the doors opened and Olivia came in.

“Leave us,” Queen Naayelii asked of the two men who stood guard by the door.

Once they were far enough away, Olivia handed Laura a bottle of water. “What are you doing here?”

“I think you can guess,” Laura smirked in between sips, happy to finally be one on one with her good friend. It was all going to be alright after all. Laura knew she should not have worried.

“This is not a place for you,” the woman remarked angrily, pacing near the doorway.

“Neither it is for you. I came to bring you home.” Laura jangled her chains in hopes that Olivia would take them off.

“Has it ever crossed your mind that I don’t want to go anywhere?”

Laura shook her head. She rehearsed reconnecting with Olivia probably a hundred times in the past weeks, but none of the scenarios accounted for Olivia not being eager to get back home.

“We all thought you were dead-”

“And that was the plan. How did you find me?”

“Jason. He wrote to me and told me there was a chance you were alive. At first, I wasn’t sure if I could leave Roy and Tommy, but in the end, I knew that coming here was the only way… So, I met up with Jason, got all the intel, loaded up, and here I am. Do you want me to tell you about them?”

“About Roy and Tommy?” Laura added to clarify.

Olivia approached the door, called out, and motioned for the guards to come back.

Once they got to the door, Queen Naayelii gave them a slight nod and then walked out of the room. Two men walked inside and locked the door behind them.

“Owl?” Laura called out with tears in her eyes.

“Write a story inspired by the word ‘proposal.'”
– prompt used for this CW piece.
[Source: BlogBattle]