Coming up with an idea for this weekly post was not easy. On Saturday morning, while trying to tackle all sorts of projects I have on my “To-do” list, I realized that I hit a wall. Exhaustion has enveloped my body and mind, affecting all facets of my life. All of a sudden, the moment I stood up to face my challenges, all I could do was turn around, sit down and stare blankly at the wall… Today, I got upset with myself for wasting precious time and so I constructed an action plan for the next week- week and a half. It makes me feel empowered. For now…

Let me know in the comments if you, too are more prone to walls and darkness in the wintertime.

Because of the above, I did not want to write about something philosophical or argue about anything. All I needed was something light, so when I saw the news headlines about the Christmas Island, I knew that was it. My topic for today. It peaked my interest, leading me to further research on this topic, which I share with you below.

You might have heard of the Christmas Island before, but I am not sure that you know where it lies on the map. (Let me know in the comments if you did!) Said island is a part of the Australian territory, even though it is positioned relatively further away from Australia, and much closer to the island of Java in Indonesia. (There also is the Easter Island, territory of Chile. What is up with those Holiday named places?! Not that I am complaining…) Most of the 2,000+ population of the island lives in the northern parts. They have their own school, Catholic church, a Buddhist Temple, a hospital, a post office and an airport. It was a British captain, sailing past the island on December 25th, who named it as we know it today – the Christmas Island. As of last year, less than 40% of the island’s population used Internet. Their economy is mainly based on tourism and phosphate mining. It also currently serves as the Immigration Detention Center. Below, you can see the flag of the Christmas Island. 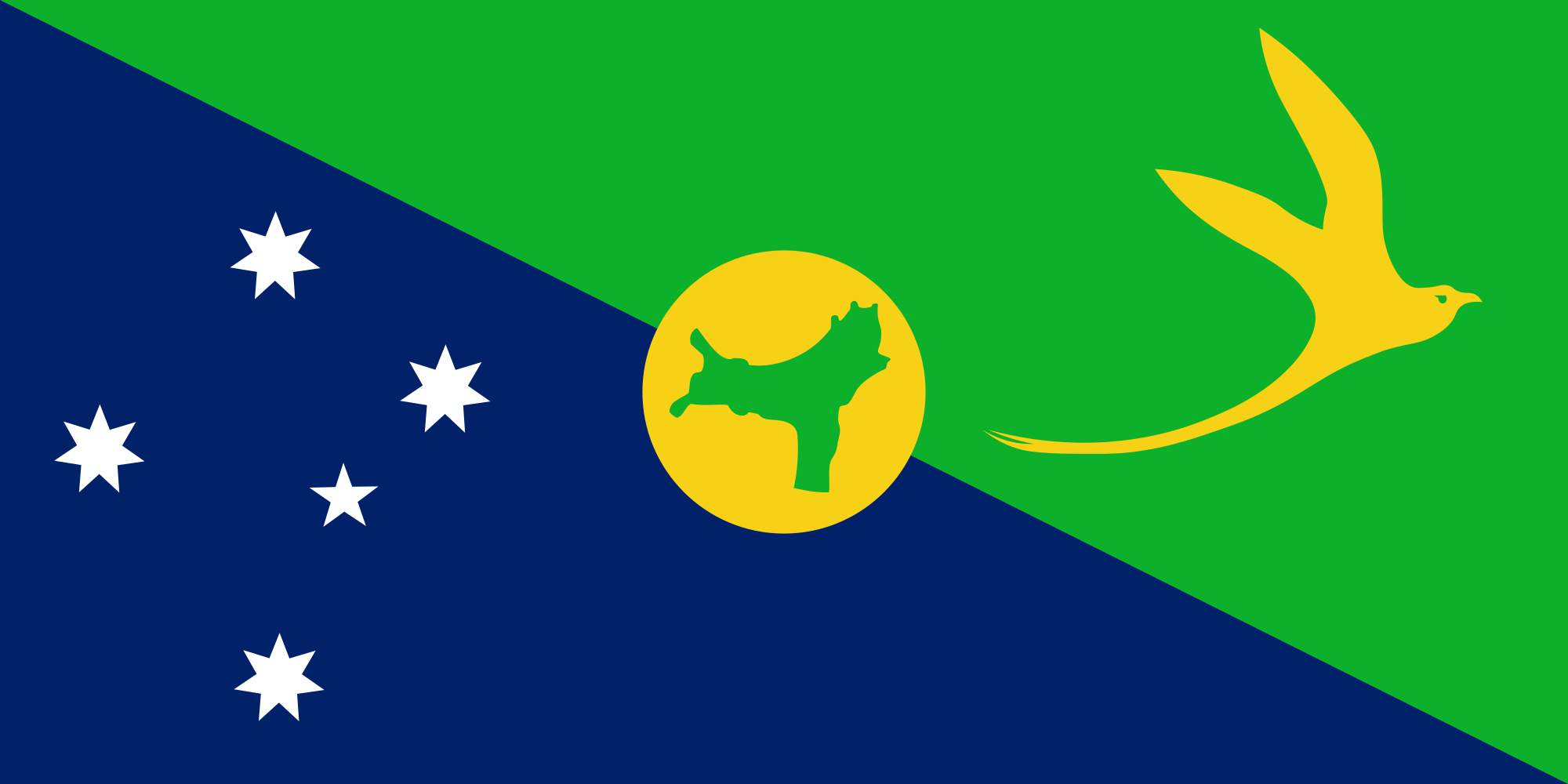 It is fascinating to me to know the meaning behind the design of the flag. The green and blue halves in this case represent land and sea respectively. The constellation here is of the Southern Cross, and it is the same as on the Australian flag. The bird symbol of the island is the golden bosun bird, pictured here on the “land” part of the flag. And in the center, you have the shape of the actual island. (I thought it looked liked a dog from afar.) Even though my artistic mind does not really understand it at the moment, the golden disc, on which the shape is outlined, has become a symbol of the mining industry.

Now that you know some basic facts about this island, we can return to the real reason for this post – crabs. Red crabs in particular. Once a year (happening now), forty-five million crabs (FORTY FIVE MILLION!) travel the island in order to breed. This particular type of crabs cannot be found anywhere else in the world. These are not the kind you find on your plate at the seafood restaurant. These are said to be inedible. The migration is such a great phenomenon, that the staff of the National Park builds supporting walls to lead them through safer spots. It is normal for people to drive around with various tools enabling them to move the crabs out of the way, so that they can drive through safely, without harming the migrants. Some streets are also closed for the duration of the great travel. What I found particularly interesting in the article linked above is that “the sound of millions of crabs running along the forest floor sounds like the drumming of rain on a tin roof.” How absolutely mind-boggling is that? *closes eyes trying to hear it*

The Christmas Island has phenomenal flora and fauna, and so it tries to show the world a glimpse of its beauty. By partnering with Google Maps, they are making it possible for people around the world to witness the crab migration. A photographer is in place taking all sorts of pictures that, when put together, will allow people on the Internet to see the great migration in the Map’s Street View option. Like I, you might think that there is nothing but red crabs on the island, but to our surprise, there is 13 more species of crabs inhabiting the Christmas Island.

Bird watching and scuba diving are some of the other attractions tourists often partake in while visiting the island. The many caves around the Christmas Island definitely beckon my adventurous side as well. Have you maybe been to the island? Would you want to go?

For more information on the amazing secrets of the Christmas Island, visit the Tourism Association’s website.

And now, I will leave you with a video of the migration, which is definitely worth a watch.

31 thoughts on “In a far away land… The Christmas Island”